Show all categories Mr. Tubes Back

Product information "mr. tubes led chandelier"
Mr. Tubes LED is a lamp design that combines pure functionality with a graphic aesthetic. The powder-coated aluminium construction contains five LED tubes, giving the lamp an industrial look. The LED tube developed by Tonone provides a 360-degree uniform light thanks to more than a thousand LEDs per meter. A modern design suited for different locations.
The chandelier is characterised by its 5 adjustable LED tubes. The solid brass wing is included to adjust the hinge as desired. In addition to being a functional tool, the wing nut is integrated into the design of the lamp, making it a distinctive visual element. The chandelier can be adjusted in any desired variation, giving it a personal look.
Mr. Tubes LED is dimmable and available in 2 LED colours;the warmer 2700K and the cooler 4000K. Mr. Tubes LED serie in 2 colours: Smokey Black and Pure White 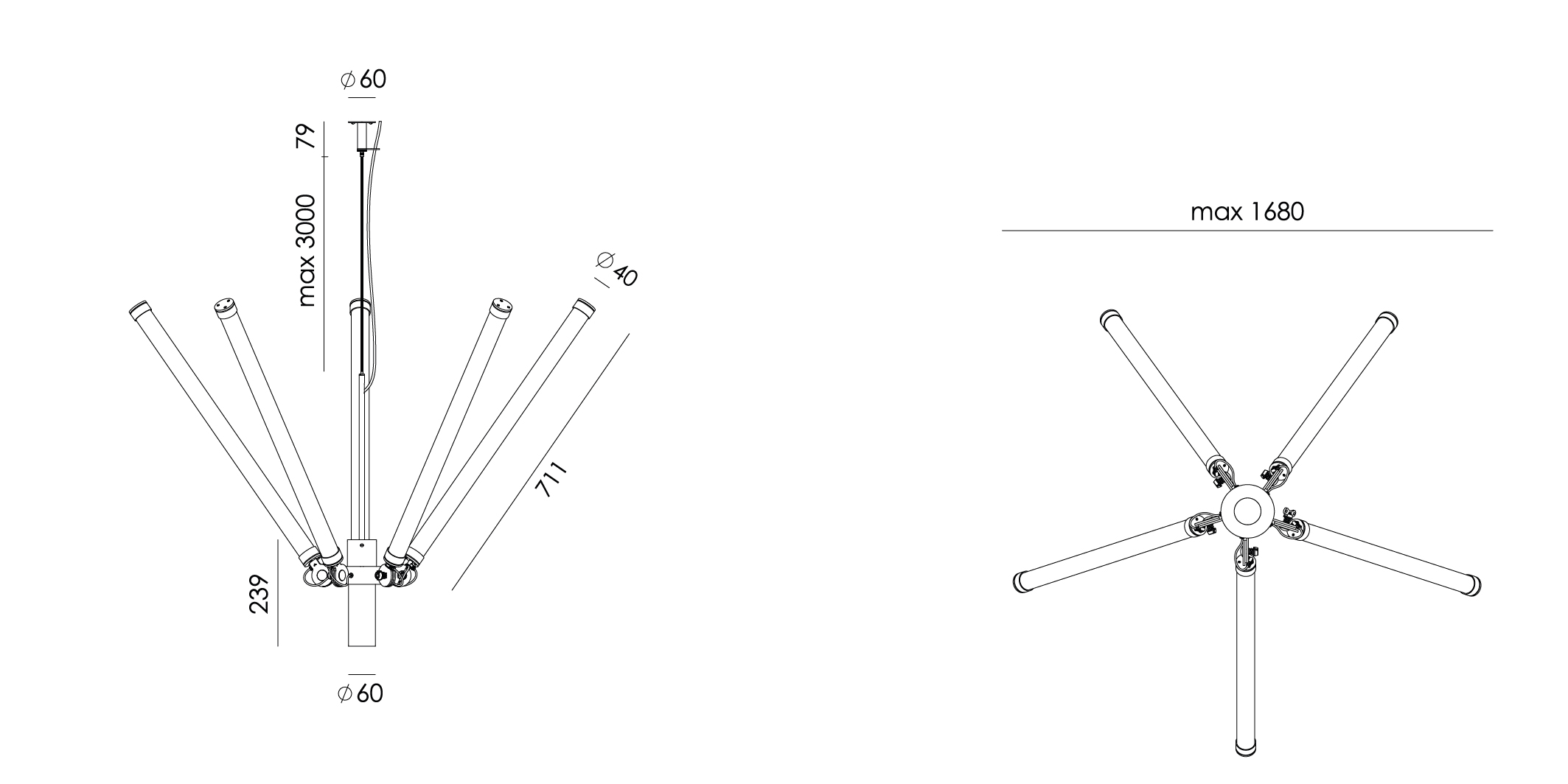 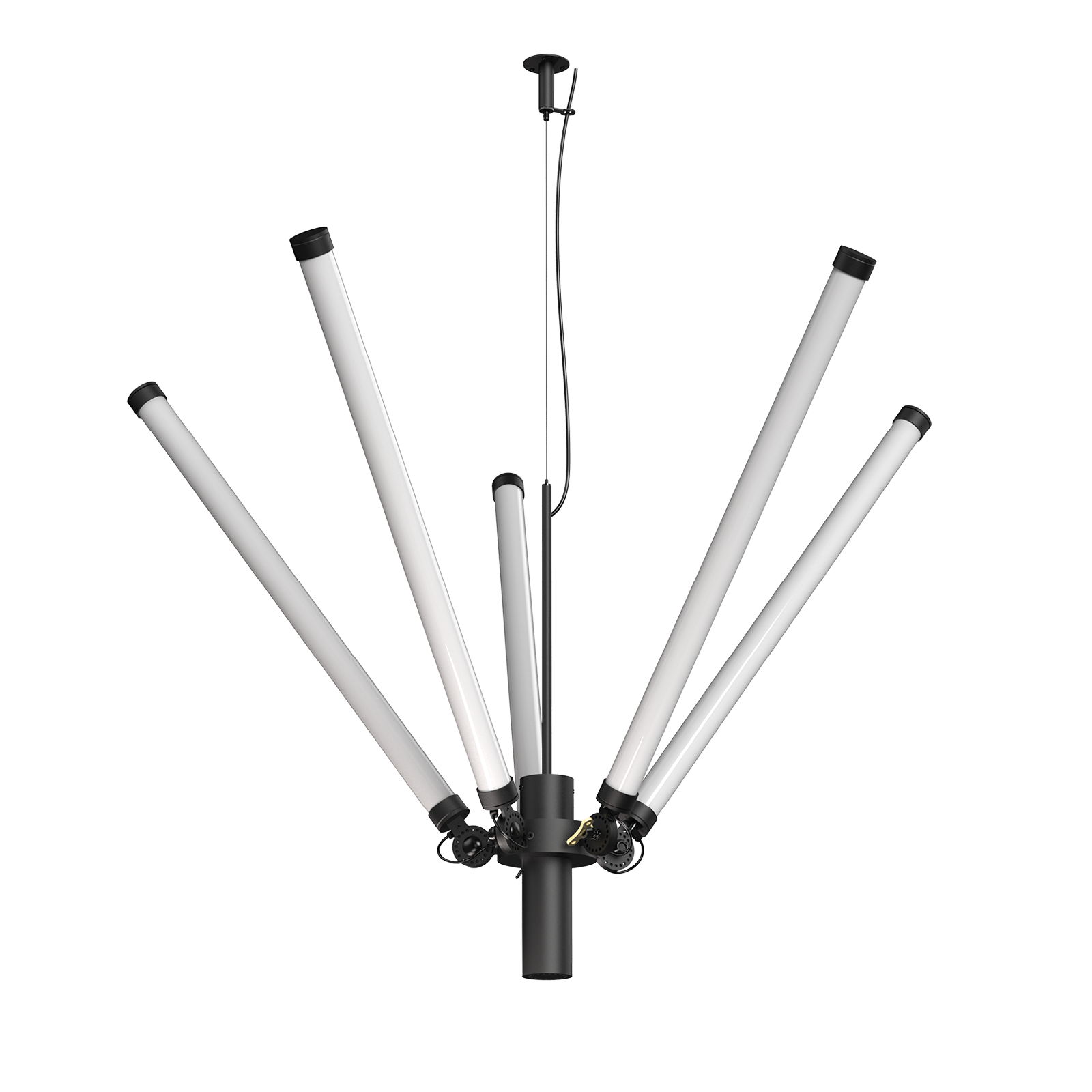