Relax, it's just a lamp

How can we apply our fascination for traditional mechanics and craft tools into state-of-the art design? This quest was the starting point for the products of lighting label Tonone, known for the use of characteristic construction tools as a visual and a functional basis for innovative product design.

This vision was well illustrated by the design of the Tonone-line up: the Bolt-series, rapidly followed by the sturdy lamp Mr. Tubes, the hand blown glass series Atlas and Ella and the smart serie Orbit. In 2019 Tonone introduces two LED series; Beads, a series of lamps with 360 degrees dimmable LED range and the New Mr. Tubes LED.

Today the design team’s vision is still committed to apply traditional craft tools and mechanics in innovative light design. Although the handwriting of Anton de Groof and his team is still to be described as bold and functional, the newly introduced light designs have evaluated to a slick, unadomed and smart lightconcept. Even when there is no visibility of the used mechanics, Tonone’s signature is still recognized in every next step of its lighting design.

Tonone was founded in 2013 by designer Anton de Groof and is based in The Netherlands. The Tonone design team works together with local craftsmen to produce their products. During the design- and the production process the entire life cycle of the products is taken into account when it comes to sustainability, efficiency and logistics. 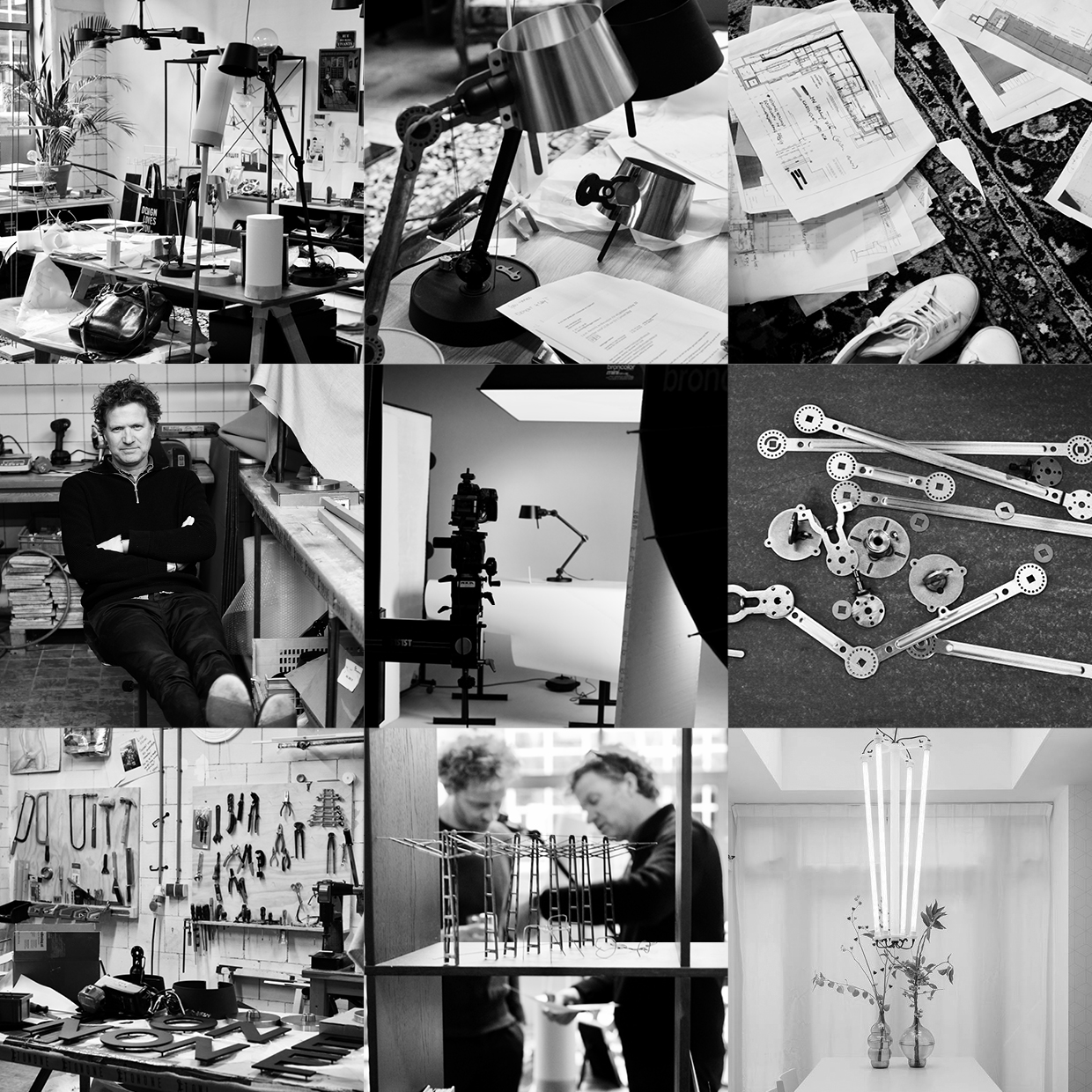 Anton de Groof was born in 1967 in Nuenen. With a father who worked as a technical production manager and designer of fencing, his parental home was littered with cardboard mechanisms. A fertile soil for De Groof’s fascination with traditional mechanics and old tools.
Anton started the furniture brand Masimo in 1993 with a friend. Ten years later he continues on alone. First with the design of tables and chairs, later with interior and lighting. For example, he sets up 130 stores for a successful clothing brand. For the chain's head office, he designs a lamp as well as the interior.
A few years later, that lamp appears to be the base for the Bolt series. In 2013, the designer - stimulated by enthusiastic feedback from his environment - took the design off the shelf again and developed it into what it is today. It turned out to be the striking start of the Tonone label: tough industrial lamp series recognizable by functionality in form, clean lines and by the iconic leading role for the wingnut. The Bolt is now available in 29 different models and in 11 colors. After the Bolt soon the Mr. Tubes, the Atlas and Ella series, made of hand-blown glass, and the smart Orbit series. In 2018 Tonone introduced the LED Beads serie and the LED version of the Mr. Tubes.
In addition to his own brand, Anton designs the lamp Thierry le Swinger for Fatboy, a wireless outdoor lamp that can stand or hang. He also creates the Air 65 for the Dutch furniture brand Qliv, a successful chair, representative of Anton's design style through the use of materials and the applied connections.
Anton de Groof's designs are recognizable by the typically Dutch design language: sleek, functional and modern. It is undeniable he was influenced by Bauhaus and the architectural movement Bossche School. But De Groof's fascination with connection issues and the use of traditional and industrial mechanics make his designs distinctive. The execution of his designs in sustainable material emphasize the individuality of Anton de Groof. 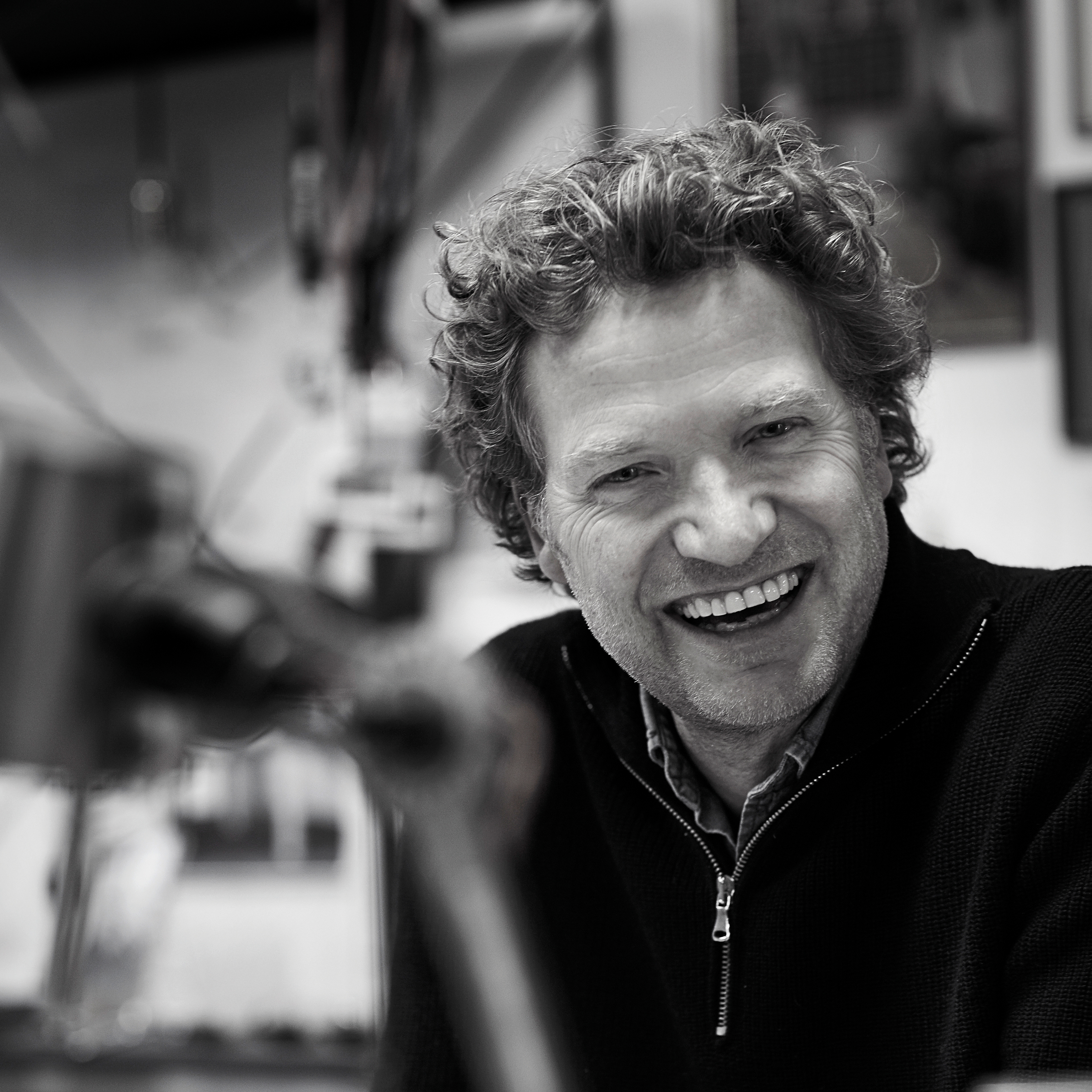 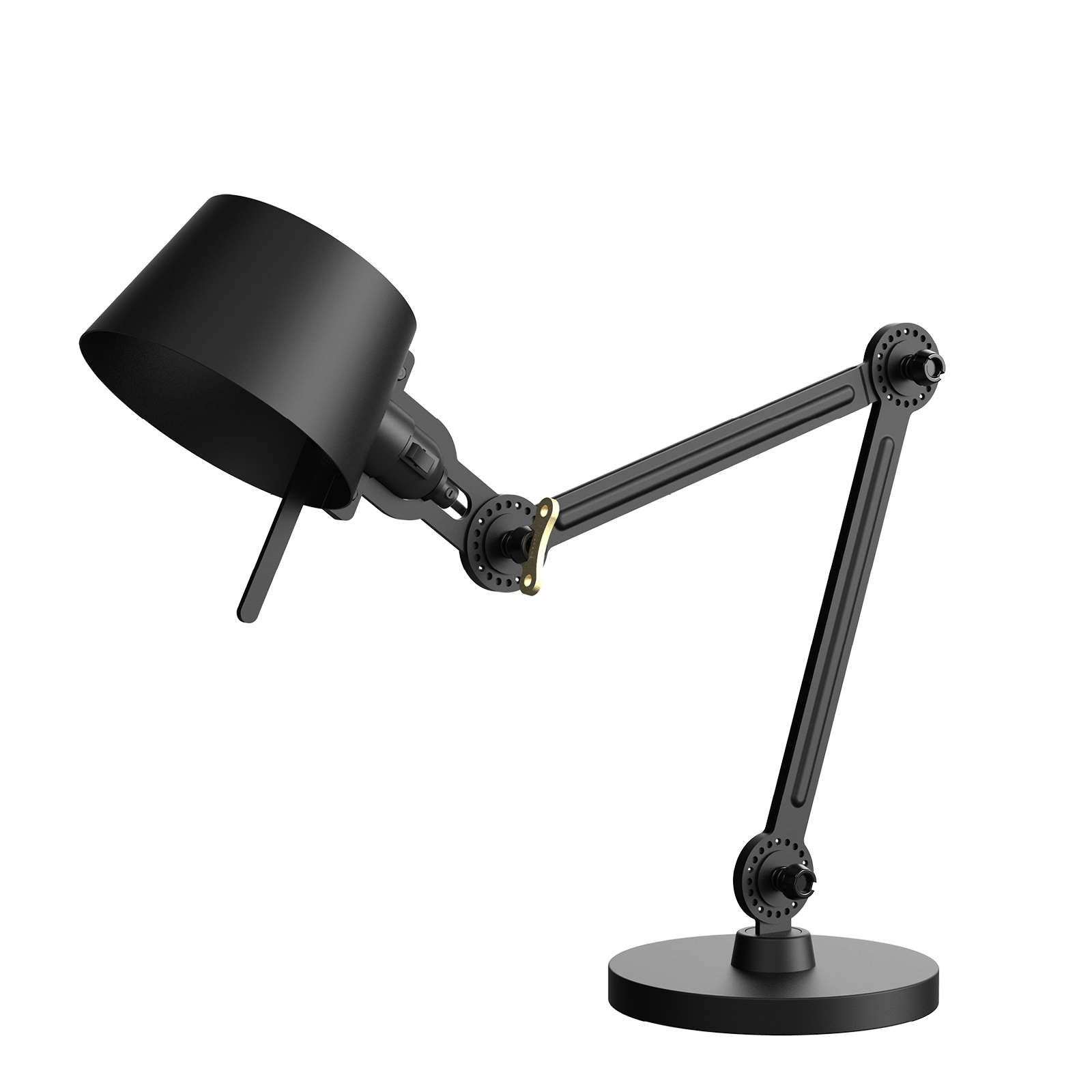